Email ThisBlogThis!Share to TwitterShare to FacebookShare to Pinterest
Labels: iPhone vs. Windows Phone 7 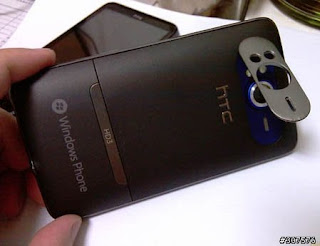 Pictures of the HTC HD7/3 have shown up on a Taiwanese forum. The device is labeled HD3 on the back, but the community is referring to it as HD7 for the OS that powers it. Yes, Windows Phone 7. What else?

The device in the picture is not broken. It's just the a kickstand.

Check out the pictures via WMPoweruser.
Posted by Linley Meslier at 7:43 AM 1 comment:

Email ThisBlogThis!Share to TwitterShare to FacebookShare to Pinterest
Labels: HD7

At least one feature that won't work for me on Windows Phone 7.

I was reading an article over at Techflash about the availability of the Zune service in some countries in Europe, South America, Australia and New Zealand. Obviously, Microsoft has been hard at work to get deals in those countries before the launch of the new Windows Phone next month. But that had me wondering if Microsoft will make the service available worldwide, including State islands like Mauritius. For one thing, Windows Phone 7 will reach Mauritian shores by year end. Thus far, Microsoft and Google seem to have diligently ignored the non-U.S, European customers – much to the benefit of Nokia. By now, if you’re reading this, you are probably asking yourself what I’m talking about.

So let’s get to the point with a hands-on, no matter if you have a Windows Phone (version 6.1 or later) or an Android phone. Launch Marketplace and Market, select any paid application and start the process to buy it.
Marketplace is smart enough to display both paid and free apps. But it’s also frustrating because you can’t actually buy those apps in Mauritius. Android Market lets you see only free apps. If you try looking for a paid application, the result is an annoying message saying that the app does not exist.
Why is it that I cannot access paid applications on both these platforms? Is my money not smart enough? You get the same frustrating experience on your PC with Windows Media Center which lists a bunch of great shows for you to watch, only that they are not available in your region. WHY?
I understand that each country has its own modus operandi, tax hungry governments and that companies like Microsoft have first to comply with local laws. Isn’t that the very reason why Microsoft has a bureau in Mauritius? To help, among other things, be in compliance and to strike deals with local business partners, policy makers.
Windows Phone 7 has everything it needs to get Microsoft win back market shares. It’s likely that we’ll see a dazzling lineup of Windows Phones next month on the market that will move Microsoft current ranking north. But that will only happen in the U.S. and Europe. Other markets will remain deprived of paid apps, Zune service and probably Xbox live. Limited to Nokia's offerings and not enjoy the full potential of the Windows Phone.
These features won't work for me on the new Windows Phone.
Posted by Linley Meslier at 9:09 AM 2 comments: 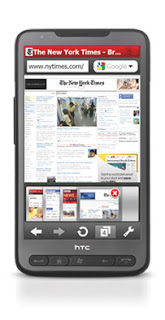 Microsoft is getting ready for the Windows Phone release with these two adverts that appeared on YouTube. While I have never seen the one before because it was shown at an event in London during the last weekend, I am sure the second video is not new. If my memory serves me well, it's been out there since Microsoft CEO, Steve Ballmer, officially announced Windows Phone 7 at MWC in Barcelona earlier this year. Anyway, sit back and enjoy.

Source: Geek in Disguise
Posted by Linley Meslier at 9:43 AM 2 comments:

This is so exciting and it must be even more for the Windows Phone team after they've taken the gamble of re-writing Windows phone code from scratch. This has been a huge undertaking.  According to Terry Myerson's post on the team's blogs, " Windows phone 7 is the most thoroughly tested mobile platform Microsoft has ever released. We had nearly ten thousand devices running automated tests daily, over a half million hours of active self-hosting use, over three and a half million hours of stress test passes, and eight and half million hours of fully automated test passes. We've had thousands of independent software vendors and early adopters testing our software and giving us feedback. We are ready." So are we.

Congratulations to the Windows Phone team.
Posted by Linley Meslier at 7:55 AM No comments: 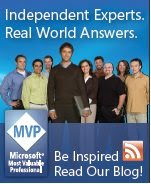